Suzhou University has now released the images of several records in Fu Ping's student file at that school, originally displayed for reporters in their press conference on this subject.

The figure below is Fu Ping's registration card, filled out by herself. It shows that she had joined the Chinese Communist Youth League in April, 1973. She graduated from the Nanjing Guanghuamen High School in July, 1976 and served as the student head of that class. 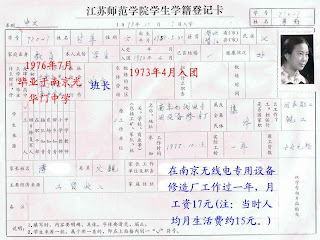 The figure below shows that the Fu Ping was allowed to formally dropped out the school on March 16, 1982 due to the insistence of her mother and herself. The document also listed some other students, with their names redacted, who took absence from or dropped out of school due to various sicknesses during the same period: 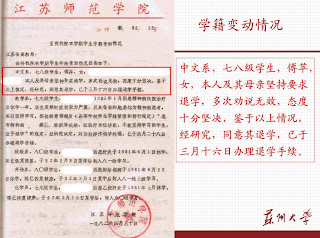 The figure below shows the status of Fu Ping when she was accepted by the school. Notably that a check mark indicated that she was a member of the Chinese Communist Youth League. Her scores in the entrance exams are: Chinese 80, Math 54, Politics 70, History 70, and Geography 67.7 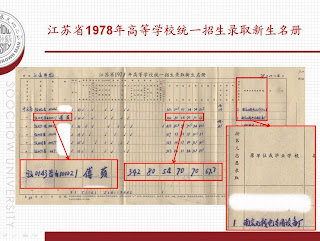 The figure below shows Fu Ping's course records at the end of the first year. The one marked in red shows that her English class score was "Excellence". 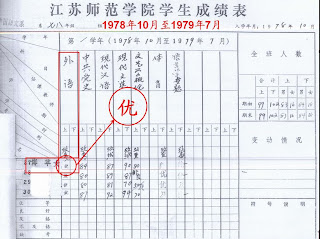 The figure below shows Fu Ping's course records at the end of the second year. The one marked in red shows that her English class score was 88 (out of 100). 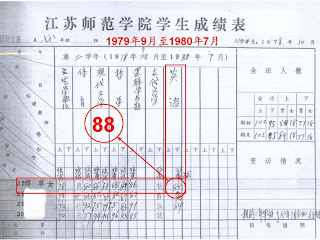 The figure below is a list of students in Fu Ping's class, where a note indicated her dropping out of school on March 16, 1982. 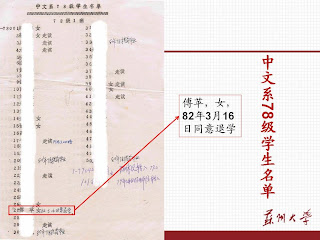