Long before Fu Ping published Bend, Not Break, before she told Inc. the current version of her life story in 2005, she published a much simpler version in a book named Drifting Bottle (漂流瓶) in Chinese. 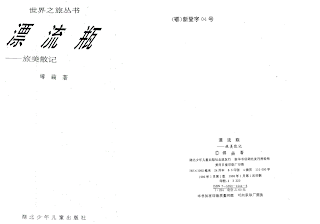 The book, published in China by the Hubei Youth Press (湖北少年儿童出版社) in 1996. In the "Author's Foreword" section, Fu Ping stated that she spent two years, finishing in October, 1994, at Hong Kong, writing it. Her parents had helped her in proof-reading and copying.

According to Fang Zhouzi, who has obtained a copy of this book, the book is not a fictional novel but a true memoir. It includes many pictures of the author and her family members as well as friends. Fu Ping herself has also stated that she wrote this book to tell Chinese readers her life in America.

But the book also contains many glimpses of her earlier life in China, which differs from that in Bend, not Break very significantly. In this book,

Here are a few samples of her book: 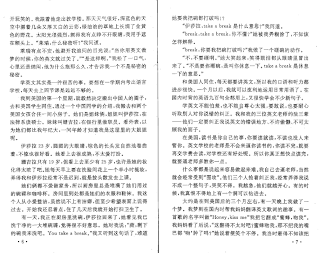 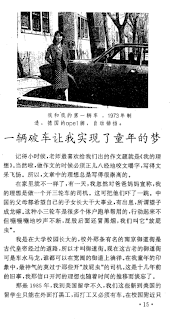